"Our method has met little resistance in Sierra Leone"

Rugiatu was an expert in the discussion on Conversion of traditional cutters as a strategy to end FGM. She shared her experience of implementing this method in Sierra Leone. 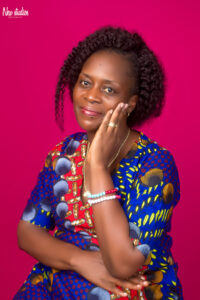 Working with cutters is key to stopping FGM in Sierra Leone

“My name is Rugiatu Neneh Turay, I’m the founder and director of Amazonian Initiative Movement (AIM), a local organization that works for the elimination of FGM within our ‘bondo’ culture.”

AIM was formed on November 10, 2000 in Conakry, Guinea to address the injustice meted on women and girls because of their sex and gender roles. Their strategy is to adopt a holistic approach, working both with communities to change their mindsets and with leaders to formulate and enforce laws.

“We organize community engagements, intergenerational dialogues, workshops on gender equality and violence and alternative rites of passage. Our approach puts the “soweis”, the women  who practice FGM, in the centre. We have established schools for where FGM and other human rights issues are taught and created adult literacy learning classes for the cutters where they are trained for public speaking and alternative rites of passage. We introduced ARP as a strategy in 2019 for the very first time in Sierra Leone.”

According to Rugiatu, working on cutters/soweis to change their mindset is key in the fight to end FGM on women and girls in her region.

“In our communities these women have been conditioned to believe in myths surrounding the clitoris. They think that if they stop cutting evil spirits will attack and kill them. These myths and many more are what we are trying to demystify.”

Soweis in Sierra Leone also perform FGM as a way to make money. For these reasons Rugiatu is very much in support of working with cutters and giving them a “new purpose of life as women”.

A strategy that is giving good results in Sierra Leone

So far the work that AIM does with cutters is yeilding good results.

“The communities we are working with, as well as their nearby communities, are drastically changing their minds and FGM prevalence is decreasing. Communities are accepting the strategy and changing their attitude towards culture and tradition of cutting the clitoris.”

Rugiatu believes that the reasons of the success can be found in the fact that their strategy is community oriented and involves everybody in the community, including soweis, and other leading men and women in the community. “All those concerned with the initiation of young girls continue to participate in the alternative rites of passage. The joy around initiations still continues but without the cut, and with no loss of income for the involved parties. It is a historic change for Sierra Leone where so many believe it is not possible to achieve an end to FGM.”

Today the method is applauded and accepted even by those who initially thought that the motives of AIM was to “destroy the tradition” or that they had even “been paid by western (white) ”. In fact, Rugiatu explains that the this method will be accepted or meet little resistance by communities in Sierra Leone.

The video shows the first alternative rites of passage organized by AIM in Sierra Leone in 2019. “The women in the blue cotton are cutters who made a public declaration where they gave up their knives, razors, and red and white head-tie to replace with the blue and yellow head-tie. It is a historic change for Sierra Leone where so many believe it is not possible to achieve an end to FGM.”